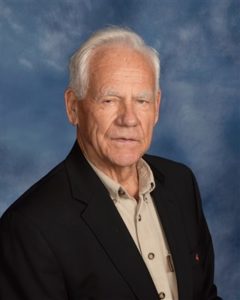 Herb Lange served for many years as a missionary to Palau. While there, he successfully started and led the development of a high school which has graduated many students, including students who eventually went to Seminary in the United States. After turning the missions over to the people of Palau, he returned to the United States where he served as a successful pastor of several churches. Herb and his wife Sylvia are an inspiration to all of us at Community United Methodist Church of Oldsmar.